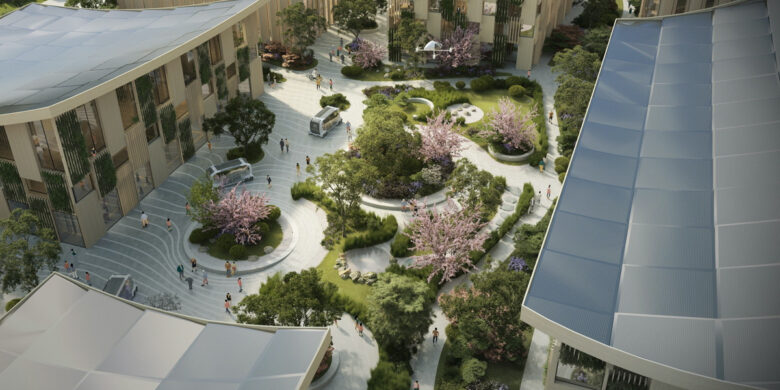 Woven City, the city of the future according to Toyota

14 August 2022
NewsComments Off on Woven City, the city of the future according to Toyota 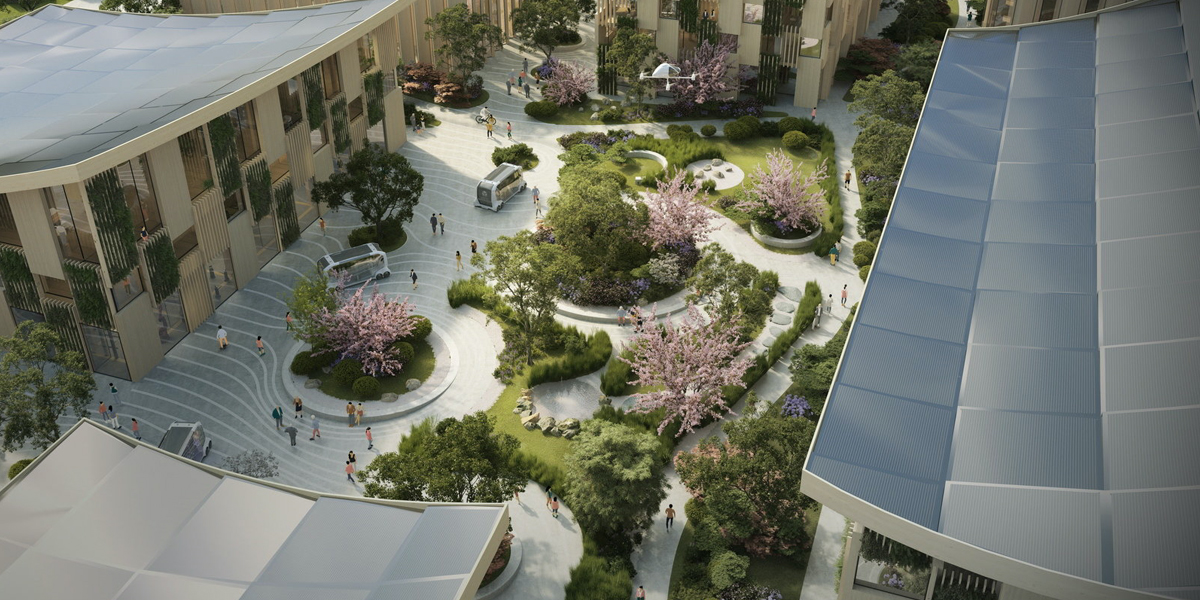 Here is Woven City, the city of the future according to the carmaker Toyota, Japan’s first step towards achieving a zero-carbon society by 2050.

The well-known car manufacturer Toyota is working on the building of Woven City, its first city of the future. It will extend over an area of ​​70 hectares at the foot of Mount Fuji and will be initially populated by researchers who will work on projects such as autonomous driving, robotics, smart mobility, smart homes and artificial intelligence. As the project progresses, it will increase to over 2,000 people, including Toyota employees.

It will therefore be an eco-friendly smart city, where buildings and transport will be powered by renewable energy, to be precise, hydrogen.

But let’s see it better in detail.

The Woven City project has been designed by renowned Danish architect Bjarke Ingels, CEO of the Bjarke Ingels group, the same studio that has worked on numerous high-profile projects including the Google Mountain View headquarters, New York’s new World Trade Center and is currently working at the Telosa project, the first city of the future built from scratch, do you remember it?

“Building a complete city from the ground up, even on a small scale like this, is a unique opportunity to develop future technologies, including a digital operating system for the city’s infrastructure. With people, buildings and vehicles all connected and communicating with each other through data and sensors, we will be able to test connected AI technology… in both the virtual and the physical realms… maximizing its potential,” said Akio Toyoda, president of Toyota Motor Corporation.

The word Woven recalls the intertwining of man, technology and nature reached in the city. In fact, its key points are represented by being “human-centered”, “a living laboratory” and “in constant evolution”.

The whole experience inside this incredible futuristic city is based on the desire to improve people’s lives in the cities. But how?

There will obviously be room for nature such as neighborhood parks full of indigenous and hydroponic vegetation; a large central square has been also planned to bring the community together and promote sociality.

In the subsoil, however, there will be both hydrogen storage, water purification and recycling systems, as well as miles of small tunnels dedicated to logistics, where autonomous robots will travel to deliver goods directly to the buildings above.

In addition, residents will only be able to use fully autonomous, zero-emission vehicles to move around the city.

The foundation stone was laid on March 1st 2021 during a solemn ceremony. Works should be completed in about five years, but the development, both social and technological, will continue uninterrupted.

In short, a society in which people will be able to enjoy a happy, healthy and sustainable life.

« Sweet Bonanza Free Spin Al
How to Write an Essay »