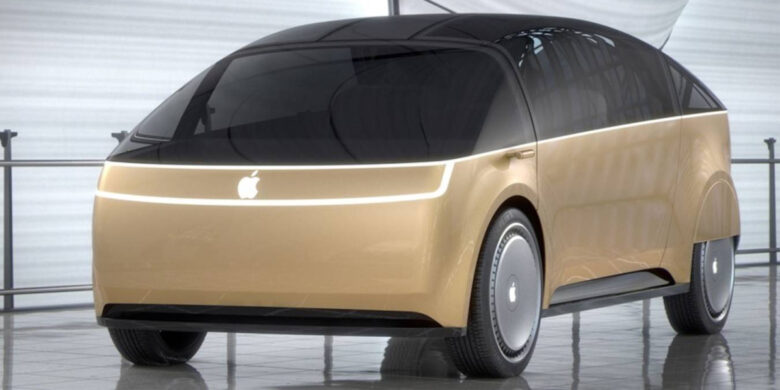 Big news! Apple teams up with a South Korean company to develop Apple Car’s autonomous driving chips. Here are all the latest details!

Apple is developing a chip for a never-before-seen autopilot system in a car for its highly anticipated self-driving electric vehicle, Apple Car.
According to some rumors from TheElec, the chips and modules of this innovative Autopilot system will be developed with the help of an Outsourced Semiconductor Assembly and Test Company (OSAT) based in South Korea.
This will be a very similar system to the one that Tesla had already implemented some time ago.

To be more precise, the order placed by Apple is not for the final chip -which would almost certainly be fabricated by Apple’s A-series and M-series chipmaker, namely TSMC –  but for the modules that will eventually be incorporated into the chip.

According to Digitimes, Foxconn, the historical manufacturer behind most of the Taiwan-based iPhone models, and Luxshare Precision, the assembler behind AirPods and other China-based Apple devices, are also trying to help produce the alleged Apple Car.
In fact, both companies have accumulated experience in making electric vehicles.
However, the Cupertino-based company is still looking around for potentially even more experienced partners in the field, such as the Korean company Hyundai – which even publicly confirmed the ongoing negotiations – and the Canadian company Magna International.

According to sources, South Korea’s LG Energy Solution (LGES), SK On, and Samsung SDI are among the possible candidates to supply batteries to cars to be sold in the US, while cars for the Chinese market will have local CATL and BYD batteries.
When will this highly anticipated electric car come out? As already mentioned in our previous article, Ming-Chi Kuo, a renowned Apple analyst, believes that the launch of the car will take place between 2025 and 2027.
No doubt that it will surely be a gem of a car to keep safe.

Do you know where? In Sotefin car parks: safe, well-lit, and busy areas where there is no risk of theft or vandalism!

Stay tuned for more updates on this topic!