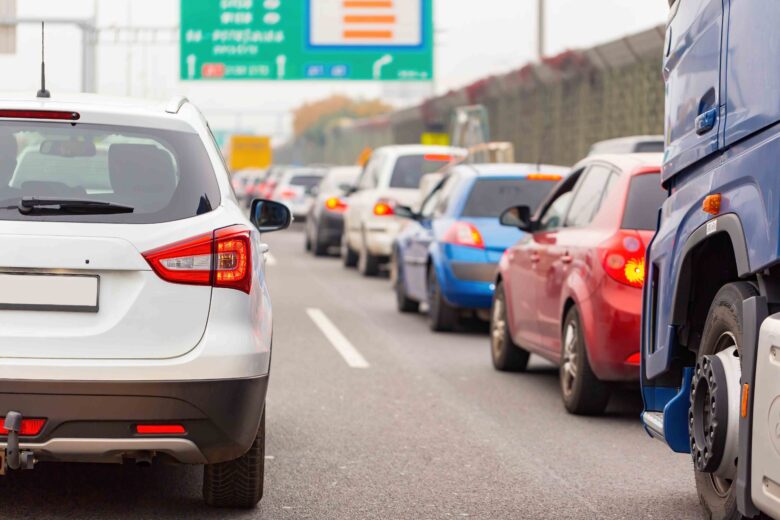 Moscow is the world’s most congested city 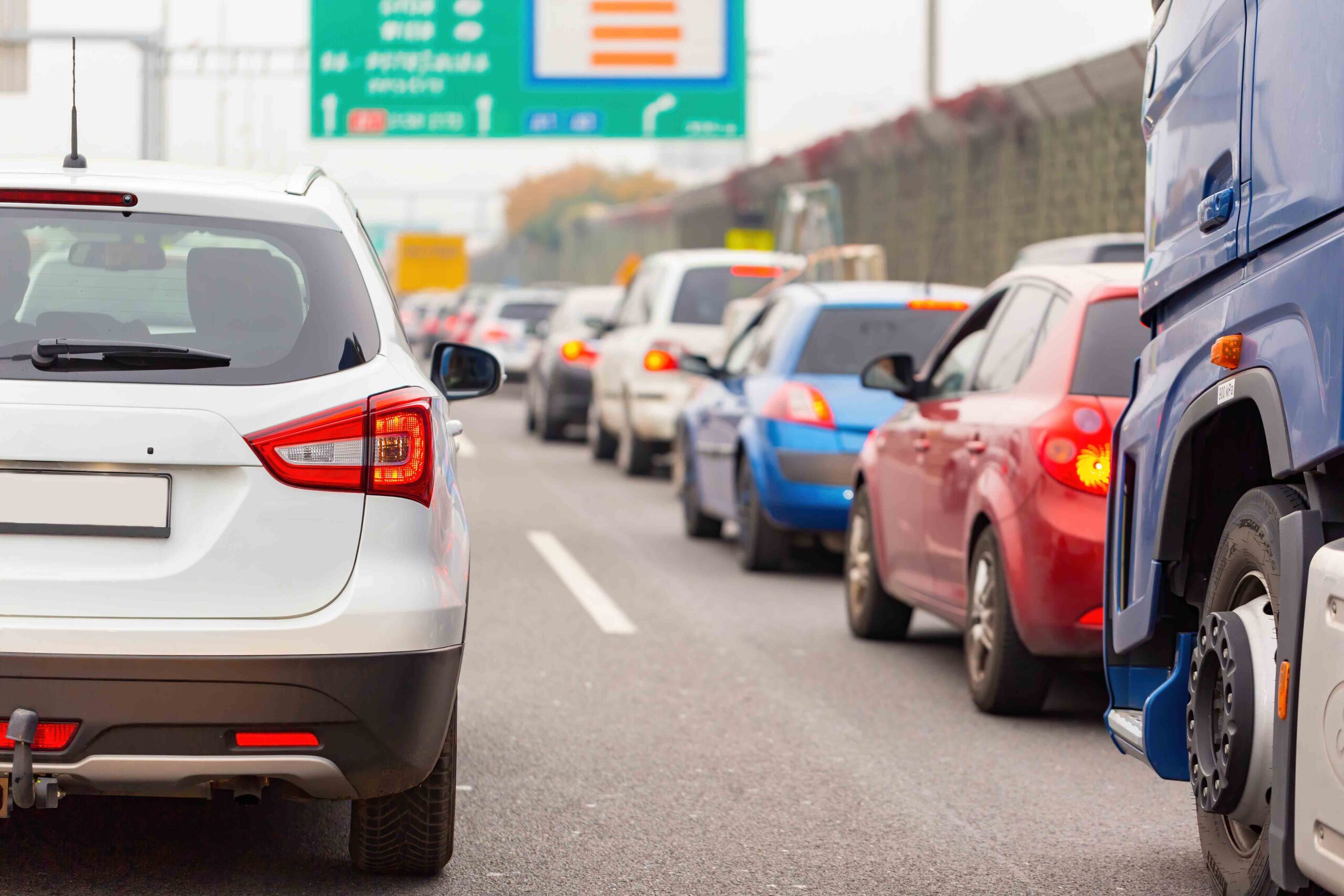 Besides Moscow, do you know what the other world’s most congested cities are?
TomTom Traffic Index studies traffic-congested cities: Is your city one of them?The roads in Moscow are the world’s busiest with 54% congestion. The results come from a report from TomTom Traffic Index, which has been sharing detailed information on traffic congestion levels in over 400 cities worldwide for the past 10 years.
These reports, carried out by the Dutch location tech giant, identify the most congested cities. Using real traffic data, TomTom recorded an unprecedented year, very much in line with all the changes on our roads that happened in 2020.
In fact, last year we saw a huge decline in urban congestion levels around the world. This happened not to be just a coincidence.
Ralf-Peter Schäfer, TomTom’s Vice President of Traffic and Travel, said: “Last year, we announced that global congestion levels in 2019 had increased for the ninth consecutive Traffic Index. In 2020, we saw a vastly different picture. From lockdowns to closed borders, people’s movements changed – and it changed very fast.”

At the top of the list, we find Moscow (despite congestion levels falling by 5%) followed by Mumbai and Bogotá (where traffic fell by 12% and 13% respectively). In fourth and fifth place were   Bangalore (-20%) and Istanbul (-4%), while Manila, capital of the Philippines, occupied the sixth place (-18%). Kyiv (-2%), New Delhi (-9%), Novosibirsk (where traffic remained substantially unchanged compared to a year ago), and Bangkok (-95%) completed the list. 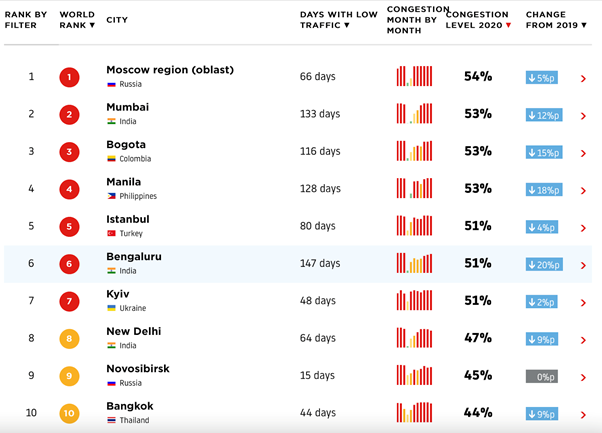 Congestion dropped dramatically in 2020 due to the pandemic

387 cities saw their road traffic decrease in 2020, compared to the previous year; traffic levels dropped dramatically in March, April and May, as markets around the world slowed down or came to a halt altogether due to COVID-19.
Some of the most congested cities in the world such as New York, New Delhi, and Bogotá, saw up to 30 days of reduced traffic in April 2020 – half the levels recorded on the same day in 2019.

The effects of the lockdown on traffic

As the report shows, the most striking figure is without a doubt the sharp decrease in the number of hours spent in traffic everywhere, compared to 2019.  The various lockdowns implemented around the world led to a dramatic drop in traffic levels for several weeks or even months.
The lockdown and consequent traffic restrictions caused by the pandemic had an impact on the number of cars on the road. But that’s not all. The COVID-19 pandemic also radically changed the way we live, work, and travel – traffic restrictions; social distancing measures; the increase of remote working, and a  mass exodus out of capital cities all across Europe.
True, the number of cars on the road dropped significantly, but the fact that we spend many hours stuck in traffic shows once again how much of a problem traffic still is, with a negative impact on the lives of billions of people.

Traffic after COVID-19: a new beginning?

Do you remember last spring when everything stopped and there was an absence of cars on the roads and drivers honking their horns? That very strict lockdown made us understand what it really means to enjoy less polluted cities with cleaner air and bluer skies.
Now more than ever, governments, businesses, and individuals are working in synergy to reduce emissions,  depend less on fossil fuels and make more sustainable choices. Governments, in particular, are investing in pedestrian and cycling infrastructure to encourage people to walk and use public and eco-friendly vehicles such as bicycles, scooters, or electric cars.
No street parking available? Discover our solutions!

« Environmental sustainability & Smart Cities: how to improve quality of life in cities
The world’s 5 most stunning contemporary buildings »