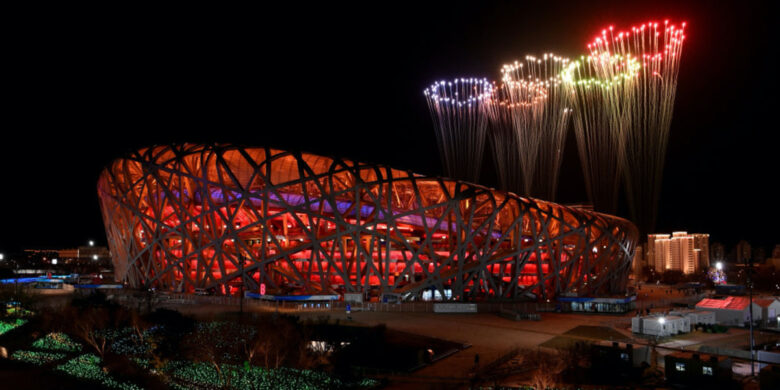 30 March 2022
NewsComments Off on The Beijing 2022 Winter Olympics: sustainability and zero emissions

The Beijing 2022 Winter Olympics were the symbol of zero-emission sustainability.

Less than six months after the Tokyo 2020 Summer Olympics in Japan, which had been postponed for a year due to the Covid-19 pandemic, the Beijing 2022 Winter Olympics have recently been held in China.
It was a global event hosted during the pandemic that delivered on its commitment to making the Games “green, inclusive, open and clean“.
Now the question could be, how sustainable were they?

“Green” Games: the desire for sustainability

For Chinese President Xi Jinping, the Winter Olympics were a perfect opportunity to demonstrate that China can position itself as a superpower and leader in the fight against climate change. In fact, environmental sustainability was an important part of Beijing’s Olympic bid: one of the main promises made in 2015 by China was that it would create “the first zero-emission edition in history”, by offering sustainable mobility options and improving urban planning as well.
To achieve carbon neutrality, the Chinese government took steps to ensure the use of 100% renewable energy to power all Olympic facilities.

They did this by:

The issue of snow

It is well known that snow and ice in Beijing are unusual atmospheric events. Therefore, the Olympics organizers had to resort to using artificial snow for the slopes and lifts in the mountain regions of Yanqing and Zhangjiakou. Many questioned whether China took the right sustainable steps because artificial snow usually requires significant amounts of energy and huge volumes of water. In fact, for the games, 100 generators and 300 snow cannons had to be used to allow the program to run. Obviously, there was no lack of criticism from environmentalists

What will the 2022 Olympics leave behind?

Certainly, the message of the Chinese organizers was clear  – they focused on sustainability, green energy, and carbon neutrality. They made many changes to meet these goals.
However, if we consider China’s current environmental situation, the Land of the Red Dragon still depends a lot on coal. Fortunately, their will to be more sustainable remains very strong.
Now, how can the Beijing Olympics be an example for the Milan-Cortina 2026 Winter Olympics?

Sotefin believes in environmental sustainability and therefore uses electromechanical devices that do not pollute with harmful gases.